Our current batch of Aloe polyphylla Seed were harvested from exceptional specimens and stored at refrigerator temperature. It is hybrid seed produced by hand pollination of differing genotypic parents.

Juvenile plants up to 25 leaf are difficult to assign a RIGHT or LEFT designation because of the limited number of leaf. There are five rows of leaves which make a sequence spiral. As leaf count increases these five rows become visually more pronounced. Your eye sees the plant, but it is up to your brain to recognize the pattern.

2. My plant has yellow leaves with brown tips. Why ?

Leaf tip necrosis can be caused by insect chewing leaf or because the plant requires a larger container. Roots can die early by suffocation or insect chewing. Brown leaf tips should be considered normal for adult plants and if they are only a feature of the oldest and lowermost leaf then don't worry. If all leaf tips of a juvenile plant are brown then dig up and inspect the underside. Jet wash and replant in correct soil mix.

If your plant is firmly rooted in a soil mix I describe elsewhere, you may water every 1-2 weeks depending on the season and air temperature. If Summer heat becomes threatening apply water or even ice cubes and shade the plant. In Winter you can go two weeks between water applications if your plant is sheltered (under a roof). The turgidity of the leaf indicate good root health and applying water will be welcomed by them. Permit the soil moisture to drop for a week before reapplying water. Suffocation is the most frequent problem roots encounter. Coarse soil texture with great macropore airspaces allow the oxygen demanding roots to act like pumps absorbing and pushing water into the leaf.

Much larger than you would assume for any other succulent plant. A.p. will exploit a large volume of soil without any other companion plant. A half-barrel with a 20-35 gal volume of soil is a good start for a 45 leaf plant which can then support the adult plant it grows into, requiring 5-7 years.

Never use dry granular formulations or Osmocote. The use of crystalline Miracle-Gro or Miracid at label rate is fine. Spring through Fall applications are ok for cool summer areas. In hot summer areas Fall through Winter applications are better. A plant with a collapsed rosette has lost all functional root. Do not apply fertilizer to a plant in this condition.

6. My plant has collapsed and shrunk, and the rosette has closed up. What can be done to save it?

The roots have suffocated from either high temperatures or oxygen deprivation. Pull plant up and inspect the underside, remove all dead brown tissue of leaf and root. Use a small knife edge to scrape the tissue away from the root stump. Jet wash the stump, spray it with an aerosol can containing any insecticide which has a labeled active ingredient with the suffix “-thrin”. Replant on refreshed moist media in shade and wait for 30 days to perform the “tug test” to confirm new root formation. You may move it to brighter light and fertilize. 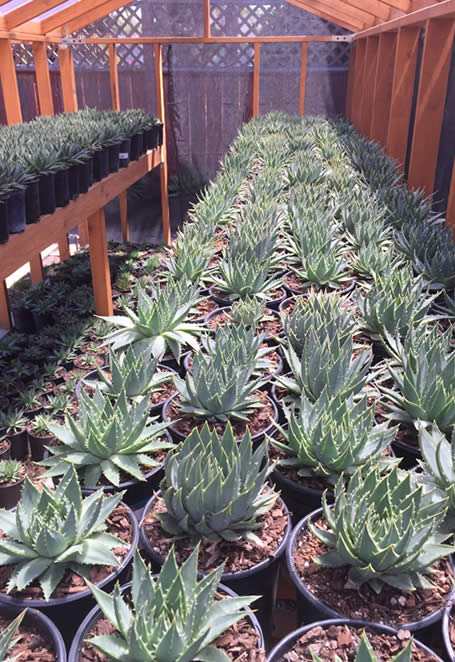 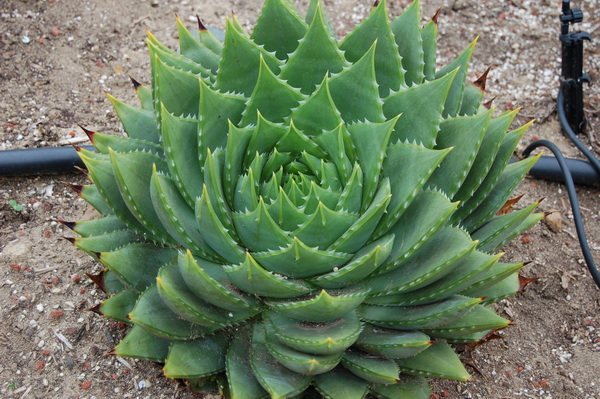 Reproduction of this species is nearly impossible via the commontechnique taking stem cuttings because of the acaulescent habit.For all other caulescent species in the genus this is easy to do. Yeteven this method produces only a few plants. Seed germination isjust as difficult because plants rarely flower and the pollinationbiology is set up to produce outcrossing only, with maturation ofanthers and stigmas separated in space and time .Two plants ofdiffering genotype flowering synchronously are needed to producehybrid seed .This is again a great restriction for any growerwishing to produce hundreds of spiral aloes.

Some individuals have developed tissue culture techniqueswhich also have a downside. This photo shows a 5 year old t.c.plant with a confused leaf sequence. In year 8 these plantscorrected themselves ! Real seedling have no such handicap.Tissue culture cannot become the preferred method of reproductionbecause of this factor. The preservation of any endangered species rests on increasing the genetic diversity. Cloning can not satisfy this.

The pollination biology creates hybrid seed almost exclusively. These photos show the developing inflorescence . The first flower to open is on the bottom row, and the anthesis (the sequential opening of single flowers) proceeds to the uppermost flowers. The erect unopened flowers fall pendulous and the anthers are elongated first and then release pollen. The nectaries at the base then release nectar for the Malachite Sunbird’s pollination services. After the anthers have dehisced the style is elongated ,the stigma protrudes beyond the corolla lip and becomes receptive. Each flower may produce 51 seeds from 3 locules of 17 embryos each when pollinated. After pollination the pendulous flower stands upright as the seed matures ! The epidermis of the seed capsule has fully functional chlorophyll.

Thanks for your business and interest in Aloe polyphylla. Here is a brief set of  instructions and caveats to start your journey of wonderment growing the Spiral Aloe. There are two articles attached to the website with more detailed information.

The Age of Information Technology has changed every industry and profession in America. Software writers have delivered very workable solutions on new hardware which enable professionalism efficiency and timely flow of information in all industries. We have come to expect this from every business that competes in the marketplace. Landscape maintenance contractors in both commercial and private sectors have achieved some of this in their offices, but fall short of delivering on many aspects of horticulture their clients assume are part of the program. This is the meaning of the term 'horrorculture': a departure from plant health based maintenance which produces profit for the contractor but slowly diminishes plant health of clients landscape, shortening the life of a plant which should mature into 'traffic stopping' show.

Landscape horticulture is very complex and multidisciplinary. On the front lines of the biological economy of nature and the business economy of civilization this industry is plagued by real problems which derail the expectations and best laid plans of all. Many of these problems were started by architects or designers, who mean well but are never commissioned to write a management plan for their own work. One of my favorite UC Co-op agents (now retired) Dr. Pavel Svihra has described landscape maintenance as a "multilayered nightmare." This article attempts to explain the gulf between client expectations and contractor performance, and why the prevailing business model cannot achieve the clients' goals. A new business model is presented to bridge the gulf between the clients' rightful expectations of service and the contractors' obligation to deliver textbook quality maintenance and enhancement. Neither party to a contract signs a blank check, but the client frequently gets short changed because the contractors' business economics only permit so much service, and the client holds the "sword of Damocles" over the contractors head, forcing him to attempt impossible miracles without the budget to accomplish it. Such an arrangement is a LOSE-LOSE game which can be easily corrected by a new business model which creates a WIN-WIN deal for both parties and the landscape.

The Role of Plant Growth Regulators in Landscape Management 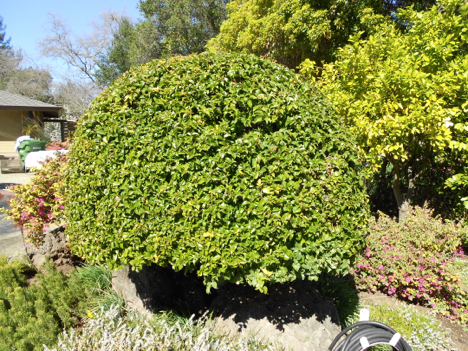 The use of plant growth regulators (PGR's) in horticulture is well established by growers of horticultural commodities, and much university research has explained the biochemical pathways which are the targets of the applied chemical. They all interfere with the synthesis of the Gibberellins, a primary growth hormone made in apical meristems.Thus deprived of the stimulus for growth the effects are a great reduction in new growth at the apical meristems of the plant. They are metabolized slowly, and have lasting effects. The plants' physiology changes when new growth ceases. There is more starch available for root tissues enhancement. 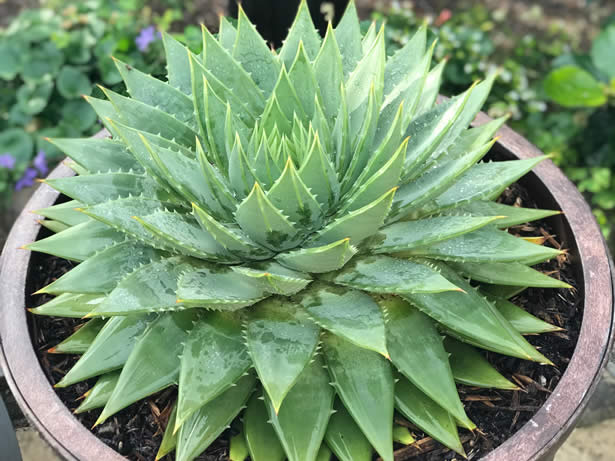 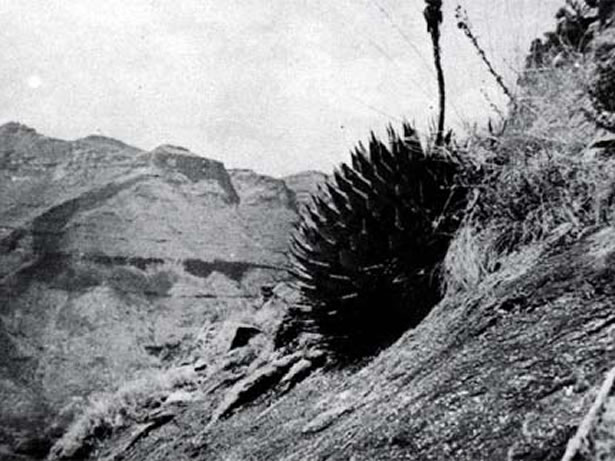 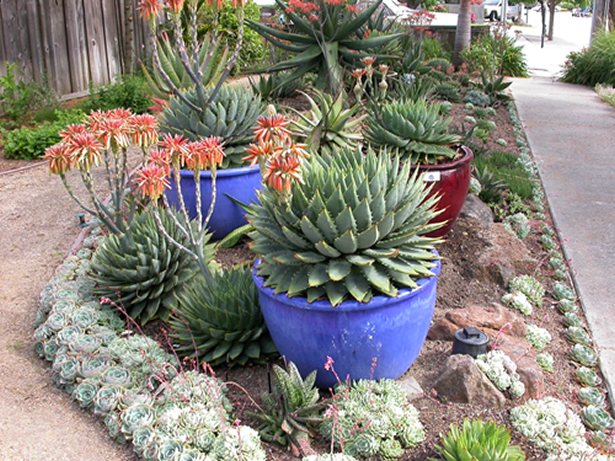 Plant Health and Cultivation of the Spiral Aloe 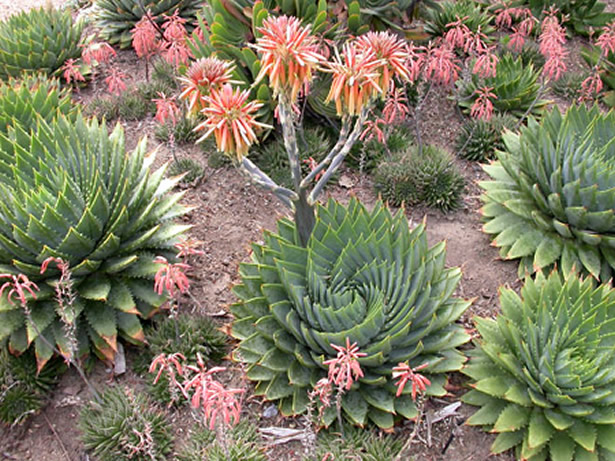 Aloe polyphylla: The Gem of the Drakensberg 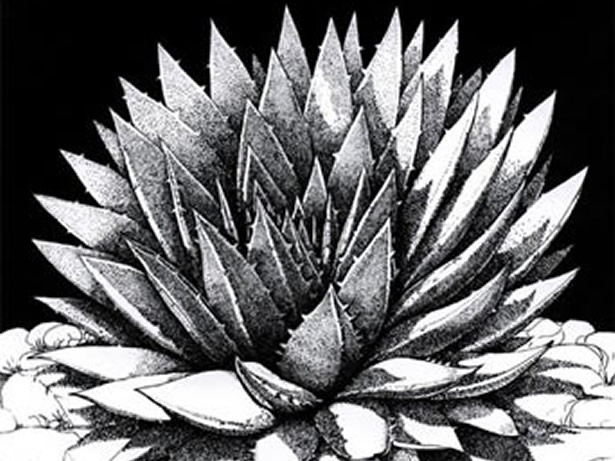 The Ecologic Status And Environment Of Aloe polyphilia In Lesotho